Radical groups who rely on violence to achieve their political agendas are found around the world. Due to their use of terror, subversion, and asymmetrical warfare, their tactics are often hard to comprehend or predict. Policy professionals seeking to combat these groups can struggle to understand their origins and how they manage to attract new members. To thwart and disrupt the multi-pronged problem that is extremist violence, we need new research that employs psychology and politics, security and simulation for a multifaceted solution.

The Extremist Violence project (EVP) is developing new methods for ascertaining and anticipating the sources and dynamics of extremist violence. In order to pursue this ambitious agenda, the EVP team are employing psychological, anthropological, social, and economic analyses, big-data sources, statistical modeling, and computer simulation to study the complexities of radicalization, religious violence, and terrorism.

The team brings together a range of interdisciplinary insights in order to devise computational models to generate insight into a range of problems within the socio-political landscape of extremist violence. For example, they are currently building WMD-Net, a computer-simulation tool that will help security experts and policymakers discern and investigate the potential pathways for extremist groups to acquire the materials needed for weapons of mass destruction (WMD). By examining all the paths of the international relational network simultaneously, this tool directs analysts’ attention to less obvious vulnerabilities that may be typically overlooked. It also supports the modeling of counterfactual scenarios in order to anticipate the ripple effects of possible changes in international cooperation. This technology is aimed at helping governments and other organizations predict and prevent the considerable danger that WMDs pose to global security. The team has also built models exploring the processes of radicalization leading to outbreaks of violence. In one model, they utilized the psychological theories of identity fusion and sacred values to predict the gradual radicalization of individuals within different groups. Another examines the relationships between hazard detection, ritual performance, and supernatural beliefs in driving escalating cycles of religious violence between minority and majority groups.

Both of these models show the crucial importance of building simulations that draw upon validated psychological and social theories to go beyond more conventional big-data or game-theoretic approaches. Through understanding the key psychological or social factors that underlie extremist behavior, we can develop an approach to disrupt these patterns for good.

The results of EVP will increase the accuracy and efficiency of data-based security intelligence: predicting where and when extremist violence is most likely to flare up, identifying how to avoid it, understanding how to steer self-radicalized individuals away from it, and determining how best to arrest it when it starts. The models created under the EVP will be a suite of tools for the modeling of policy and security outcomes, enabling agencies to combat the shadow of extremism with a dynamic and complex approach. 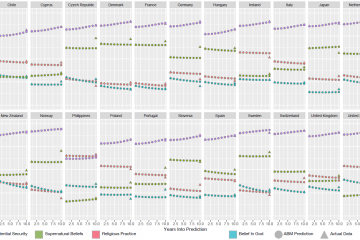 New Publication: Forecasting Changes in Religiosity and Existential Security with an Agent-Based Model 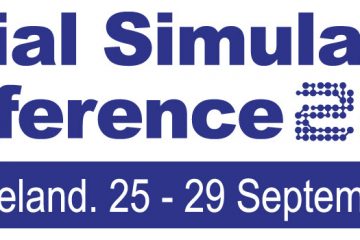