Stories of Intersex and Faith is showing at the Newburyport Documentary Film Festival on Saturday, September 14 at 12:00 p.m. Tickets are on sale now.

Details can be found at https://www.nbptdocufest.org/festival/schedule.

Lianne Simon (Co-Producer) is an intersex Christian woman who knows only too well the challenges of growing up as an intersex person of faith. She shares her story in this documentary and in speaking engagements around the country to educate faith communities, the LGBT community, and general public about intersex people. With Megan DeFranza, she co-founded the nonprofit Intersex and Faith. Lianne has written several novels with intersex characters and now brings her story-telling expertise to film. 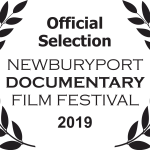