Trigger warning: suicide, suicidal ideation, death. Please proceed with caution. If you or someone you know is in crisis, reach out to the National Suicide Prevention Lifeline at 1-800-273-8255.

Suicide is one of the leading causes of death in the United States. Statistics from the Centers for Disease Control indicate that rural suicide rates are higher than urban rates. In the United States, the states with larger areas of rural populations consistently reach the highest suicide rates in the nation, with Montana often at the top: 28.9 per 100,000 people in 2017. Factors specific to rural environments may both increase the likelihood that suicide attempts will be fatal and they can also limit the effectiveness of suicide-prevention initiatives that may work in urban settings. Considerations include geographical isolation, isolated work, social isolation, limited availability of mental health services, stigma associated with seeking care from mental-health professionals, availability of firearms and poisons, and limited security for firearms (gun locks, secure storage).

The STARS project aims to build a computational model, incorporating psychological autopsy data along with the insights and expertise of local service providers and policy professionals to improve suicide prevention efforts, particularly in rural settings. These models have the potential to generate insights into policy proposals and to spur the generation of new policy ideas, thereby assisting policy professionals and service providers to craft more effective solutions, ultimately mitigating a severe public health problem and saving lives.

STARS is an overarching project focused on reducing suicide attempts and deaths. The four components are:

In response to the high rural suicide rates, state governments have been investing in data collection to identify the reasons for suicide attempts and fatalities, aiming to formulate optimally effective policies and ultimately to save lives. The STARS project at CMAC re-analyzes deidentified data on suicides from the state of Montana using statistical, geographic, machine-learning, and computer-simulation techniques to investigate existing interpretations of causal factors and ultimately to generate cost-benefit analyses of possible policy interventions.

Based on a thorough review of literature and consultation with subject-matter experts, we are building a computer simulation to test the efficacy of a range of strategic interventions and policy proposals, with the goal of advising policy professionals and change agents with the power to reduce suicides in rural communities. Computational modeling and simulation is a tool ideally suited for handling multiple interacting factors in a complex causal system, which is what we see in the problem of rural suicide. Once validated and tested, this policy simulation will be readily generalizable to other settings and other countries.

PIETA’s decision-support tool will include a database of federal and state-government policies and programs for the entire nation. Additionally, for the Department of Health and Human Services Substance Abuse and Mental Health Services Administration (SAMHSA) Region 8, which has some of the nation’s highest suicide rates and a high concentration of rural regions (Colorado, Montana, North Dakota, South Dakota, Utah, and Wyoming), PIETA’s policy tool will include additional information related to NGO initiatives and local-government programs. This allows PIETA to function as proof-of-concept for a comprehensive policy evaluation and decision-support tool, inspiring future investment to support comparable fine-grained coverage of other SAMHSA Regions in the same way as Region 8.

What is most needed is precisely what PIETA proposes: (1) an interactive, geographically and historically articulated map of suicide-prevention policies and interventions; and (2) policy evaluations, cost-benefit analyses, and computer-simulation projections. This tool will allow experts to look back, reviewing past policy effectiveness, and to look forward, testing policy interventions prior to implementation, generating cost-benefit analyses, and running “what-if” scenario testing of the combinatorial effects of a variety of policy levers.

The goal of SAIL is to integrate the theoretical mechanisms for suicide ideation, attempt, and completion into an artificial intelligence using computational modelling. CMAC is surveying the literature comprehensively and performing aggregate data analysis and modeling.

The suicidal AI takes the form of a system dynamics model of a person’s mind. It takes account of:​ 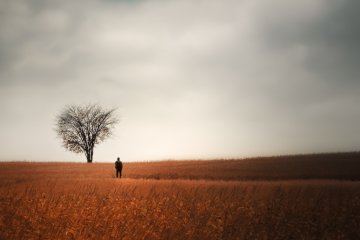 The impact of the opioid crisis on the rural farming community