Trigger warning: suicide, suicidal means, and death. Please proceed with caution. If you or someone you know is in crisis, dial 988 for the Suicide & Crisis Lifeline.

In the US, suicide is among the top 10 leading causes of death, and since 1999 the gap in suicide rates between rural and urban areas has been steadily widening. Increasing suicide rates in rural areas have been linked to a variety of factors such as increased economic stress and lower socioeconomic status, social isolation, increased substance abuse, and increased access to firearms.

People living in rural areas are more likely to live in single-person households, to be unmarried, and/or to be veterans, all characteristics which increase the risk of death by suicide. Veterans have a particularly high risk of mental illness and suicidal ideation due to complex and overlapping factors. They are more likely to experience both traumatic events and traumatic brain injuries, resulting in higher risk for PTSD and substance abuse disorder. Substance abuse disorders alone can greatly increase one’s risk of death by suicide. These social and structural factors partially explain the increased rates of depression and suicide in rural areas.

CMAC turned our attention to rural suicide in 2018 when Steve Baliko, a mental health counselor in rural Montana with intimate connections to the topic, read about our research modeling religious extremism and violence and contacted the organization to collaborate.

This led to the birth of CMAC’s Strategies Against Rural Suicide (STARS) project. We then gained permission from Karl Rosston, the suicide prevention coordinator for the Montana Department of Public Health, to access a decade of psychological autopsies on all deaths by suicide in the state.

Montana’s suicide rates are among the highest in the country with an average annual rate of 25 per 100,000 people. Though nearly double the national average, Montana’s suicide rates are largely congruent with other members of Substance Abuse and Mental Health Services Administration (SAMHSA) region 8, the focus of our research. The SAMHSA 8 region includes Colorado, Montana, North Dakota, South Dakota, Utah, and Wyoming.

Suicide rates are exacerbated in this region by a lack of access to mental health resources and a general stigma surrounding the topic. Over a long and challenging history, this part of the country has developed a hardy culture that prizes individualism and self-reliance, making conversations surrounding mental health and suicide tricky.

In the last decade, Montana has increased its efforts to promote suicide prevention and awareness, including increased availability of anti-depressants and anti-anxiety medications. Despite these efforts, the annual suicide rate has largely remained unchanged.

There are many relevant factors and likely causes of suicide and they are all complexly interwoven with each other. In order to clarify the ways these factors interact, researchers at CMAC worked with the Department of Public Health and Human Services within the State Government of Montana to analyze suicide autopsy data from 2012-2018. The dataset is based on death certificates that judge suicide to be the cause of death. Some fields provide nearly complete information (such as age and county where death occurred) while others are mostly incomplete (such as occupation). The dataset is very complex, but exploratory regression analyses reveal that the one of the factors that varies most significantly across gender, age, marital status, income, county, and time of year is the method used to commit suicide. This dataset will be published as part of a forthcoming paper. In the meantime, contact us to see the data used.

Tackling a complex issue: where CMAC comes in

Our team is working to untangle the inner workings of rural suicide rates as a complex public health crisis. Based on in-depth analysis of the dataset discussed above, CMAC researchers have constructed conceptual models that illustrate how the components that lead to an individual attempting suicide interact, including nuanced feedback loops between different factors.

The research lays the foundation to create a computer simulation that models how suicide prevention policies and methods might affect the overall suicide rate. This system dynamics model will allow for interaction between factors, independent variables, and feedback loops to more accurately predict outcomes.

Simulations such as this can help inform the way national and local governing bodies allocate energy and funding to suicide prevention. This is especially important in resource-constrained regions that are weighing which policy options will make the most significant impact in preventing suicide. CMAC’s simulation will help them to test policies and strategies before they are implemented, allowing decision makers to make the most informed decisions.

System dynamics modeling is already used in fields such as defense, economics, engineering, ecology, and business to generate insights and predict outcomes. In early stages, it has been proven to be extremely useful in the public health sector. Other types of qualitative assessment and quantitative cost-benefit analyses of policies and programs are widely used in public health.

Our computational model will be effective because it links three input datasets: suicide attempts; deaths by suicide; and policies, policy evaluation, and health care services. Additionally, the model can be calibrated to represent individual counties and individual months, employing a rich causal architecture built on expert understanding of on-the-ground realities of suicide in Montana to predict outcomes accurately and precisely.

This tool allows a level of analysis not possible with traditional statistical tools.

Ultimately, this model will help experts to better assess key questions defined by the National Action Alliance for Suicide prevention, namely, why people become suicidal and how to better detect risk. This knowledge will allow for more informed intervention and, hopefully, a lowering of the rural suicide rate. 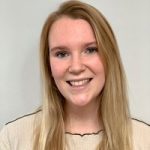 Lila is an undergraduate student at Boston University studying Socio-Cultural Anthropology. Through her education and internship experiences she has gained a holistic understanding of culture and media. Lila is interested in social justice and work in the nonprofit sector. After her undergraduate studies she intends to pursue a J.D. in hopes to seek policy based solutions to social justice issues.