In a pilot study published in the journal Dreaming, researchers found that ReScript reduced anxiety, lessened nightmare distress, and produced less nightmare effects for users suffering from nightmare disorder. CMAC is planning to conduct additional experimental studies for those suffering from PTSD or other Traumatic Brain Injuries, as well as for the elderly and children, for whom nightmares are often a particular challenge.

This study led to public discussions about the use of VR technology to treat neurological disorders, such as nightmares. In a 2019 article from The Brink, McNamara speaks about the long-term effects of chronic nightmares. “Recurring nightmares are really significant predictors,” he says. “They foretell mental health trouble.”

The gold standard of treatment for nightmares at the moment, Image Rehearsal Therapy, attempts to reduce nightmare symptoms by reimagining prior nightmares with new, less frightening outcomes; however, image rehearsal therapy is not as effective as the VR technology’s potential therapeutic benefits, because “Virtual reality immerses you in a 3D environment and the imagery is quite intense”.

CMAC’s pilot study shows that ReScript helped 19 participants to develop effective imagery-control, thereby reducing nightmare distress. According to Dr. McNamara “The most exciting thing about this is the potential to bring this to kids suffering from nightmares,” which will ultimately help to prevent future psychosis and hopefully save lives.

PsyPost also published an article in 2018 about the promising future of VR technology and its personalized approach. McNamara states that “We designed the treatment so that it can be adjusted and individualized.” Employing this personalized approach, use of the virtual reality app led to “significant reduction in anxiety levels, nightmare distress, and nightmare frequency.”

According to DDM, image properties such as negative valence, high psychological arousal, and high dominance are crucial for determining how frightening a dream image is and, consequently, how likely the normal fear extinction process is to succeed.  The DDM suggests that therapies such as ReScript are effective because they increase a subject’s sense of control over negatively valenced, highly psychologically arousing, and attention-grabbing, dominant images. CMAC hopes to use DDM to develop treatment alternatives for individuals suffering from nightmare disorder. 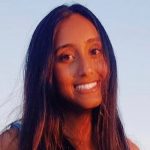 Mabel Bassi is currently a Junior studying Neuroscience and has a Public Health minor at Boston College. She is interested in learning about public health disparities, international public health policy and neurodegenerative disease and its effects. Alongside that, she is passionate about scientific writing and communication.