Did you know that Muslims typically have higher birthrates than Christians? That switching between religions or between religion and nonreligion can cause dramatic long-term changes to population sizes? That immigration is significantly changing the religious makeup of most countries on earth? That many nations critically need forecasts of the number of people or various religions for effective civic planning?

The Modeling Religious Change project (MRC) engages issues such as these, striving for a detailed understanding of religious and nonreligious identity and change so as to support new ways of approaching demographic analysis and forecasting. Let’s dive more deeply into the world of demographics of religion in order to understand the contribution that MRC is making.

The United Nations produces demographic projections based on census data for each country of the world, taking account of fertility, mortality, and migration. But for more fine-grained demographic projections, experts drill down into specific sub-national regions and figure out what’s likely to happen in the future. This informs decisions, such as where to build new schools and close old ones, how many new hospital beds are required to meet demand, and what kinds of social conflicts might need to be managed in the short and long term.

Religion is critical in such calculations because people’s behavior is often guided by their religious beliefs and practices. Everything from likely family size to economic security to migration patterns are strongly correlated with religion. Thus, knowing about people’s religion matters for better civic planning.

But which aspects of religion matter? In Norway, more than 95% of the population identify as Lutheran, which is the state church. However, the number of people who have actual religious beliefs is well under half that, and regular religious service attendance is only around 6%. The census reports extremely high religiosity in Norway but the on-the-ground story, which reveals the details critical for civic planning, is very different.

Secularization is one type of religious switching that has swept through North Atlantic cultures – and now reaching the coasts of the USA – since World War II. In China, people are moving in the opposite direction, switching from no religion to traditional religious options such as Confucianism, Daoism, and Buddhism, or to imported religions such as Christianity and Islam.

Obviously, thinking about religious and nonreligious identity and change is a complicated task.

MRC extends existing social-science methods for conceptualizing and measuring change in religious and non-religious populations by using computer modeling and simulation (M&S). Generously funded by the John Templeton Foundation, MRC is creating theory-based simulations of religious and non-religious identity and change in the USA, Norway, and India – and, time permitting, Nigeria, Argentina, New Zealand, and China. The idea is to create artificial societies with cognitively plausible and behaviorally believable AI agents, and then measure the change in religiosity over time in those artificial societies. Demographers of religion usually mathematically project existing population cohorts into the future but that doesn’t handle dramatic forms of religious switching and is limited to the census-level perspective on religion in populations.

The MRC project is designed to demonstrate that computer simulations can generate population forecasts which support and work alongside traditional demographic projection methods, replicate those methods, and deliver more fine-grained information that goes beyond census statistics to account for many dimensions of religious identity and change.

MRC begins with a big-theory approach, integrating disciplines relevant to the complexities of social change, including demography, social psychology, cognitive science, and political economy. MRC computational simulations employ causal architectures reflecting a synthesis of the best theories of religious and nonreligious identity and change for the countries we’re studying.

Our team is gathering historical demographic data for India, Norway, and the USA with our partners at the Center for the Study of Global Christianity (CSGC) and the Center for Modeling Social Systems (part of NORCE). These datasets cover six dimensions of religiosity: census data, committed religious self-identification, religious service attendance, private religious practices, orthodoxy of religious beliefs, and supernatural worldviews. They also incorporate measurement strategies and various types of uncertainty, expressing those factors mathematically so that they can function as parameters in computational simulations. MRC simulations are calibrated and validated against those datasets.

The simulations MRC builds pose formidable technical challenges for the simulation engineering team, comprised of our partners at the Virginia Modeling and Simulation Center (VMASC) and New York University (NYU). That’s because they are large and complex, pushing existing computational capacities to the limit and beyond, and calling for solutions to novel challenges in the creation of artificial societies.

One of the public outputs of MRC is an assumption-relative demographic forecasting system. This online tool will be presented online through a user-friendly interface and will enable both researchers and the general public to explore the datasets, create population forecasts, visualize the difference that new measurement assumptions make, and compare novel and traditional projection methods side by side.

MRC’s public outreach also includes animated videos and a documentary film, bringing the real meaning of changing religious and nonreligious identity home for the wider public. Those communication efforts will be pursued right alongside leading-edge technical publications in simulation engineering and demographics of religion.

The aspirations of MRC move the project out to the cutting-edge of simulation engineering, the scientific study of religion, and demographics simultaneously.

Finally, MRC will impact the general public by communicating clearly and colorfully about religious and nonreligious identity and change. 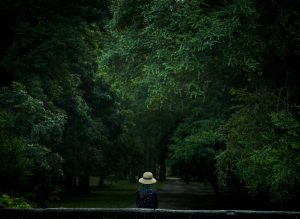 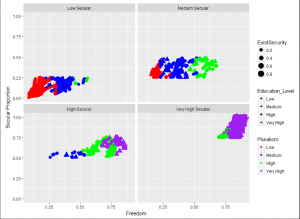 Post-Supernatural Cultures: There and Back Again