Modeling Religious Change (MRC) is a multi-million-dollar project dedicated to advancing our understanding of religious and nonreligious identity and change by developing a tool for scholars and policy makers to explore demographic analysis and forecasting.

Modeling the role of religion in society

The Modeling Religion Project (MRP) served as the prototype for Modeling Religious Change. MRP began in July 2015 with a grant from the John Templeton Foundation. From the outset, it was radically interdisciplinary, bringing together experts in the academic study of religion and philosophy with experts in computational social science and computer engineering.

The Institute for the Bio-Cultural Study of Religion — the religion-research arm of the Center for Mind and Culture (CMAC) — provided religious know-how and modeling experience. Additional expertise in modeling was provided by the Virginia Modeling, Analysis & Simulation Center (VMASC) at Old Dominion University and the Center for Modeling Social Systems (CMSS) associated with the University of Agder.

MRP sought to produce simulations of various aspects of religious belief and behavior, including the role of religion in transformations of civilizational form throughout human history. Agent-based and system-dynamics models have traditionally only been used in science and engineering fields, so MRP served as proof-of-concept for applying these tools within the scientific study of religion.

MRP proved the reliability and efficacy of computer models in clarifying and operationalizing theories of religion, allowing them to be rigorously tested against real-world data both from the historical record and in contemporary social-psychology laboratories.

Modeling the interactions of religious groups in Norway

Beginning in 2016, Modeling Religion in Norway (MODRN) bridged the gap between MRP and MRC. Funded by a grant from the Norwegian government, this project took the knowledge and experience gained from MRP and applied it to the issue of religious conflict associated with immigration in Norway.

Once again, CMAC partnered with CMSS and VMASC to bring together an interdisciplinary team of experts from the fields of computer modeling, religious and secular diversification, and Norwegian public-policy.

This subject was prompted by influxes of immigrants of diverse religious backgrounds — most recently, Muslim refugees from Syria — to Norway in recent decades. The incorporation of these groups significantly impacted the dynamics between religious groups. The Norwegian government is deeply invested in understanding attitudes and behaviors in relation to religiosity and secularization.

The MODRN project culminated in the creation of a freely available platform that allows scholars and policy-makers to specify the cognitive, emotional, and social characteristics of the individuals in agent-based models and to explore the causal architecture governing how these characteristics and the agents themselves interact.

MODRN set the stage for CMAC’s research on immigration, where we are building a model to study the long-term integration of immigrant groups. This extended-term model aims to help policy analysts by providing a virtual playground to “experiment” with policy in an artificial population.

The Modeling Religious Change project began in 2020. Rather than focusing on a single region like MODRN, MRC focuses on religious change and identity across different cultures and time periods. Specifically, MRC is developing assumption-relative demographic projection tools for the USA, India, and Norway, with plans to expand to Nigeria, Chile, New Zealand, Poland, and China.

By incorporating varying measurement assumptions, this flexible model will allow for more fine-grained projections of religious identity than is possible with traditional demographic methods. These tools will allow researchers, government agencies, and other stakeholders to visualize the effects of measurement assumptions on demographic projections and predict trends in religious identification more accurately.

MRC advances religious demography by developing a sophisticated measure of religiosity which avoids overreliance on survey data. Survey data can be misleading — for example, while 95% of Norwegians identify as Lutheran on such surveys, less than half hold religious beliefs and only around 6% regularly attend religious services.

The future of modeling religion

MRP set the stage for the interdisciplinary application of modeling and simulation to the study of religion; MODRN focused on a particular geographic location to hone our methods; and MRC continues advancing the bio-cultural study of religion with a focus on (non)religious identity and change.

At each step, we created models that proved the capacity of modeling and simulation to clarify and combine theories in the humanities and social-science fields while grounding them in real-world data, bringing empirical rigor to the social sciences without abandoning the broader scope of the humanities.

Two projects are currently under development to continue our work modeling religion.

Modeling Religious Change: China will apply the strategies and methods developed in MRC to reconstruct religious change in China during the 20th and 21st centuries. Why China? The impact of the communist revolution on China offers a unique situation: pervasive religion confronting forced secularization and then followed by slowly increasing openness to religion.

A second project, the Standard Model of Religious Cognition (SMRC), will synthesize numerous disciplinary perspectives on (non)religious identity and change in order to create a standard model of religious cognition for programming the AI agents who inhabit the artificial societies in our computational simulations.

SMRC will build on our “big theory” strategy by harmonizing all aspects of religious cognition that have emerged in the last forty years within the cognitive science of religion into a standard model. This computer model of religious cognition will be sensitive to individual and cultural variations and will allow us to create psychologically believable and behaviorally plausible AI agents. 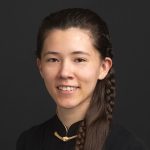